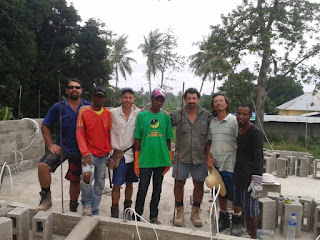 The Training Centre has had an amazing boost with three great men coming from Darwin. Anen and his Timorese team worked hard to get the second floor slab laid. Then the Crossroads Church supported Huy to come and assist with laying blocks on the second level. He was eagerly joined by Mark and Graham. 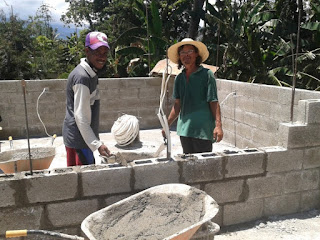 They all took a week out of their lives in Darwin to come and offer some sweat and skill to the building. Apart from laying blocks, the main objective was to increase the skill of the Timorese. They could lay the blocks fairly plumb but were struggling to consistently lay blocks level. The men came and showed them how to lay up the corner blocks and then set up the string line along the very top corner edge. 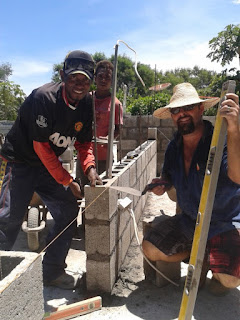 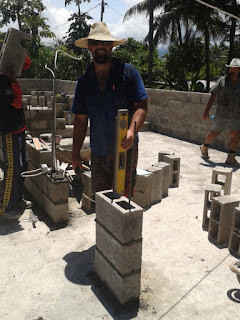 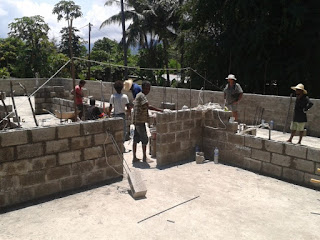 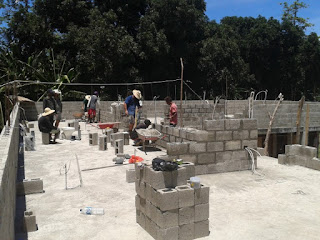 We were also blessed with a bunch of quality plumbing fittings – for 5 bathrooms! O dear, what are we building?!
The next challenge is to get the rest of the blocks laid and the top concrete beam on in preparation for another team coming in March to put the main roof on.