We decided to head to East Timor with samuels sister Eliza, as she had a friend working there (Soraya at Kids Ark).

We were planning to spend a month or two in east timor before flying over to Thailand and/or Burma etc.  (However, God had other plans...  our finances ran out, and we headed back to Oz after 3 months. ) 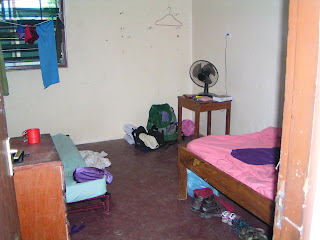 For the first few weeks we stayed at the YWAM base in Dili.  Eliza was in YWAM, and they were willing for Samuel and myself to pay board.  We had a room and basic living conditions.  Lunch and Dinner was provided by a Timorese cook.

We had some tough times there, with Samuel getting Malaria in the 2nd week we were there, I also had quite a severe reaction to the malaria tablets i was taking (Larium side effects) including breathing difficulty, loss of balance, numbness/tingling in hands, feet and face, and finally a seizure.  I discovered a few years later that I had a leaky heart valve, which means i shouldn't have used Larium.  If only id known then!
Later Eliza came down with a terrible bout of dengue fever while we were living in a very remote location.  Serenity also had dengue at the same time, but as she was only 4 she had it very mildly. (a fever for 1-2 days and a severe itchy rash for 1 day) 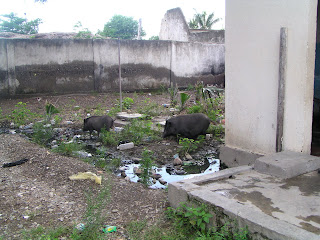 In spite of these health issues we got to help out a few people which was really satisfying.  This photo shows the corner of the toilet block at Dr Dans clinic.    The septic was full and literally overflowing...yuck!  The pigs would snuffle through it all and then walk through the compound and through the waiting crowd of patients.  They asked if Samuel could fix it. 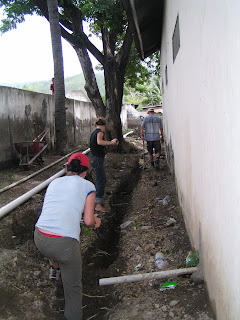 He happened to meet an Irish volunteer who had raised some money for the place and wasn't sure how to use it, so we teamed up, and dug a trench and installed new pipe to an alternative Septic system, got a pump out truck, and fixed up the leak so it flowed into the new replacement pipe.  All fixed!
Here is Samuel, the Irish Vollunteer and Eliza working hard on the trench. 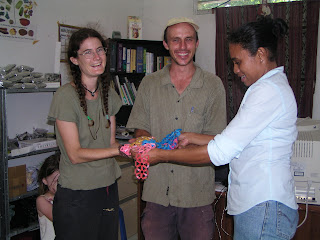 This is Rosaria.  She was desperately trying to maintain a malnutrition program without any help.  We were able to encourage her, and provided a few small items like a padlock, a printer and a fan.  She was very grateful.  When we returned to Oz we fund-raised to buy a troop-carrier for her to use. Her organisation has now grown quite large, and still uses that vehicle.
hiam health 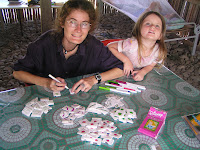 We also spent 3 weeks with YWAM at a remote village called Weberek.  It was an 8 hour painful drive to get there. You can see Eliza recovering from Dengue behind Serenity.  We had brought some seeds, so we packaged them up into small handmade envelopes and distributed them to local houses.


We also created some signage with a beautiful artistic young lady (visit her photography blog here - Tassia Schreiner (nee Reith))
One sign is to educate people not to litter, and the other reminds people to turn off the tap when not in use.  The tank  and solar pump were donated and installed by an Aussie group a number of years ago. 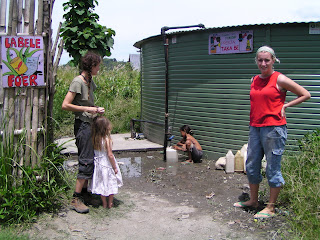 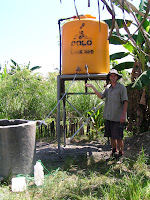 We stayed in the house used by YWAM, and offered to improve their living conditions.  They asked us to replace the hose bringing water to the house.  We had bought some poly pipe with us, so we dug a trench and installed the new pipe to replace the thin plastic blue leaking "hose".   Samuel also built a tank stand for them. 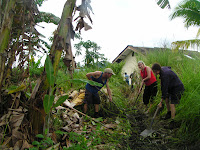 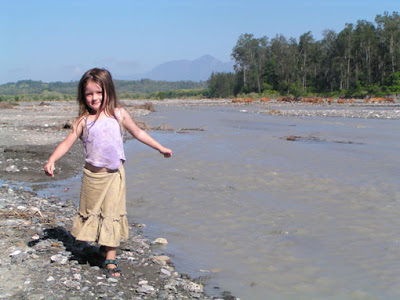 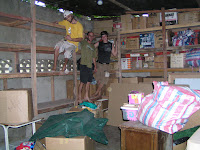 We also spent a number of weeks with Soraya and Branca at hera.  They are Brazilian missionaries, 1 runs a preschool/ school called Kids Ark, and the other is a nurse. 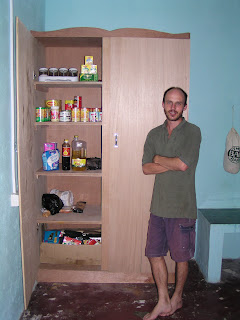 Samuel was able to construct shelving in their storage shed which previously was full of large boxes, unable to be accessed easily.  He had the help of a couple of young YWAM men.   He also built 2 large storage cupboards from Ply wood.  One for the kitchen and one for linen.

Eliza, Serenity, Tassia and myself visited the preschool and just helped out.  Serenity loved the opportunity to play with some toys, but she was very shy and didnt really know the language very well. 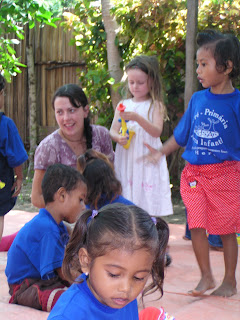 A beautiful beach with a great rocky outcrop.  We loved the opportunity to get to the beach a few times.  The sea on the north side is protected from islands, so the waves are quite small.  There are lots of shells, and on this beach, as I walked along the edge of the breaking waves, small cowrie shells continually washed in over my feet!  I couldn't believe it!  Back home in Australia they seem so rare. 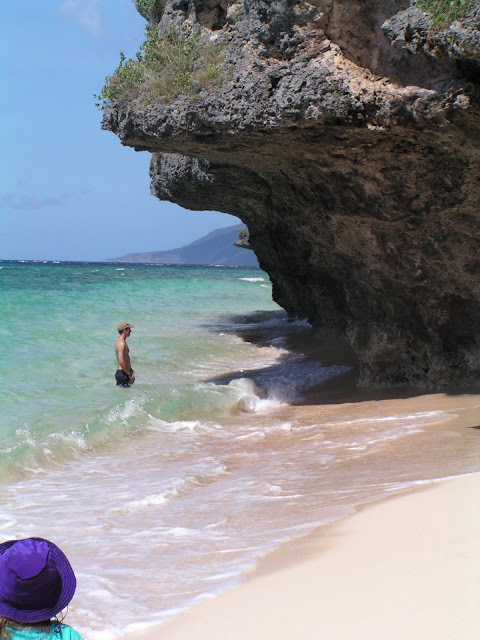