Seeds Of Life
SoL is not a personal project of ours but it’s the place where Samuel works every day as a full time job.  It pays our bills but more importantly is an important part in the development of East Timor.
SoL is funded by Ausstralia and is an integral part of the Timorese Government’s Ministry of Agriculture, Forestry and Fisheries (MAF).  Its main focus is to research and deliver new varieties of seeds for staple food crops so that the farmers can grow enough food for all the people.
Samuel is the Crop Systems Advosor within SoL.

Ministries
A “ministry” is a term Christians use to refer to a service that they do for God.  Here it refers to the things we do that are, if I can say, “God-focussed”. 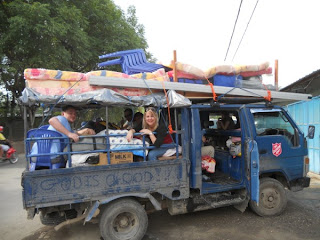 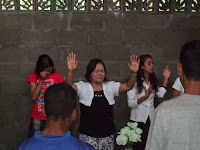 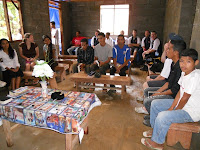 The Nazarene Church  is a Timorese church spreading the good news of God in East Timor.  We have been working with Pastor Samuel and Ully since 2010.  This year we are assisting with organising funds and supplies for their work. 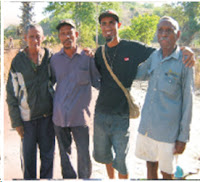 This is a small Christian organisation home grown in East Timor.  Sese, the founder, is a young man with a heart to see people get to know God.  He wants to train up leaders who can run Bible study groups across the whole of East Timor.  One young woman from this group completed a DTS (Discipleship Training with YWAM) in 2012 and with afew other key people run a Saturday bible meeting as well as a variety of classes through the week including English and computers. 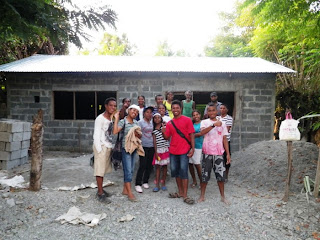 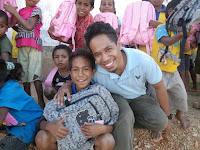 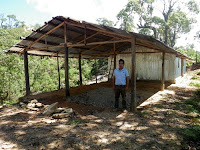 This is an NGO run by a committed young Timorese man called Mateus.  The international organisation comes from the US, but in this country its very much a Timorese directed organisation.  They run a school extension program with a nutritious meal provided each week.  About 100 students attend the program.  Samuel provides mentoring support for Mateus and helps where he can.  Mateus hopes to complete the construction of a school building this year and a simple toilet block and kitchen so they have their own place to learn.

Samuel is keen to see every Timorese person have access to a Bible.  Many of them believe in God but lack an understanding of who God is and how to live for Him.  Most Timorese do not have a Bible.  These scriptures come mainly from Wycliffe and a Catholic translation. 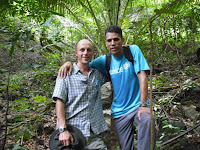 We sometimes rub shoulders with WEC, a Christian organisation with a strong Brazilian and European vibe.  Great people who run a variety of ministries centred around youth and children.   Dayan the director is working with Samuel on the Bible Leadership Course.  Sometimes, when Samuel is not too busy (heh, heh,) he gets a chance to go out and inspect the water supply of a village that Dayan works in. 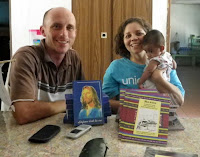 Sidara is a small village about 30 minutes drive east of Dili along the coast.  A faithful work there is being done by Branca, a Brazilian nurse, and Samuel’s all-time favourite missionary hero.  She is a quiet lady with a big heart.  Samuel and Cynthia help supply her with various needs for her work (eg baby clothes, sanitary pads, Bibles, guitars)  This year Samuel hopes she can upgrade her car – she wants a newer hilux to take patients into the city which involves a river crossing. 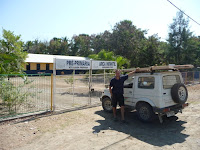 At Hera, another Brazilian lady named Soraya runs a school.  She lives with Branca and for reasons of fairness she should also be called Samuel’s all time favourite missionary hero.  Soraya is a dynamic lady who has patiently built up a school of national recognition.  Soraya saved our family out of a rather sticky situation in the early days and in return Samuel built a set of sturdy shelves in her storage shed.  Samuel doesn’t get out to Hera enough but occasionally a new set of shelves appears in the school as that’s just about all that Soraya ever asks him to do.


Business
These are the things that we do to help the Timorese stand on their own two feet.  They are intended to be economically viable and open up employment or income generating opportunities for the Timorese.  They have a financial focus but, as for all crazy Christians, these things I hope ultimately have God at the centre. 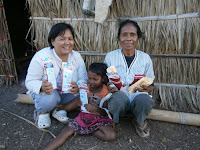 Bele Kria is a small sewing room.  It was established by Cynthia primarily to produce cloth pads and baby nappy products.  With assistance from donors we have been able to hand out gift packs to many women.
Other income is generated by alterations, custom clothing and accessories. 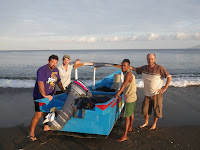 Nautilus 63 is our boat that lives by our house in Beto Tasi.  Samuel is helping a young Timorese man named Tobias to set up a trade and transport route from Dili to Atauro.  Tobias stocks an old fridge in the boat with ice and goes over to the island with various goods, rice and money to trade for fish, bamboo and goats.  This helps lift the economy especially on the remote west side of the island as well as provides some income for Tobias.  Occasionally foreigners hire the boat with Tobias to go to the island or do camping or touring trips along the coast.  It is currently soundly financially viable so long as Tobias remembers to take the ice. 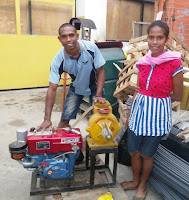 In one of the house churches in Los Palos we met a lovely young family that grow corn.  They have been brave enough to go along with one of Samuel’s crazy ideas to boost corn production in the area.  Together we have bought 2 silos that can store around 3.5 tonnes of corn as well as a corn grinding machine, a set of scales to weigh the corn and a few other bits and pieces.  The idea is that being able to store and process the corn, Lino will be able to make a profit to repay the cost of the items so that the same plan can be done for another farmer.

Other Supported Business
These are a few more things that still run but with little input from us as they are in the last stages of needing our assistance.  Within a year or two they should be completely independent.

Amena’s Units
Amena is the wife of our neighbour and good friend Maun Je.  Samuel worked with Maun Je to build 2 units on the beach.  Maun Je died suddenly one night possibly from an aneurism.  His wife, six children and a number of mountain youth are being supported from the income of these units.  They also use some of the money to repay the loan from us. 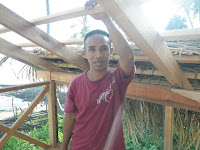 Amena’s units worked so well that we did it again with another neighbour, Anen.  This is a set of three units on the beach that provide for his family, another nearby widow and repays the loan.  Both of these projects have spurned further investments from foreigners so that these quiet, unassuming Timorese families have a good income. 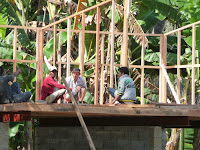 During all of the construction, Samuel trained up a team of Timorese builders headed by Anen with some comparatively reasonable building standards.  They now have their own building contract and Samuel provides some technical assistance, financial management assistance and they still come and borrow his tools. 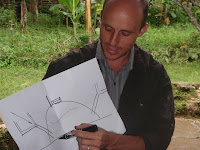 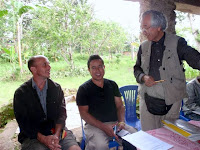 Sitting out on its own as its not religious in nature or a business, we are assisting a Japanese organisation with a small but fun biogas project.  Samuel got sucked into this one because of his soft spot for methane and all things alternative.  Its also fun to work with Japanese.  There are some odd moments like driving in a car with a Japanese, Timorese and Samuel the Aussie and passing a set of caves from World War II where the Japanese soldiers forced Timorese to dig an armaments cave in their fight against the Aussies.  Time changes things.  Anyhow, Samuel’s job has been to design and cost a suitable biogas system to be built in the central mountains of East Timor.