This is our final week in East Timor for 2011. It was a pretty rough journey at the start. We thank God for looking after us and for building the house we now live and work in. We have had great opportunities to help people here in East Timor and have done lots of fun things.  Its been great to have a number of visitors and teams come over to help their neighbours.
I included a random little video for your entertainment.  Dont get too excited though... 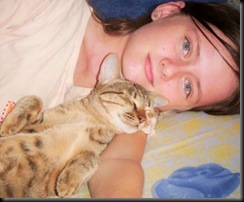 The kids are REALLY looking forward to getting back to oz.  We have a few tropical diseases we’d like to knock off while we’re there.  We’ve been having a bit of a chess craze here and Israel is giving his dad a run for his money.  Serenity is growing up into a fine young lady and will be a bit sad to leave Taffy the cat and Buddy the dog behind. 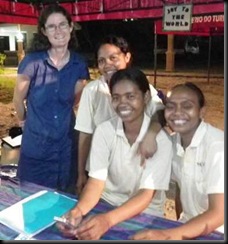 The sewing room Belle Kria has done its last run to the market.  Our truck wanted to put on its best performance for its final run – almost empty of fuel, no oil so the engine tried seizing up, and a main fuse broke a needed a bit of dodgey adjustment to get home.  I have decided to sell the old girl for $2500 (apologies to Tweed Salvos).  The market night was quiet but the girls made a few sales.

The building team is a substantial way through building the block wall for the Nazarene Church in Dili.

A final report was made to Wycliffe Bible Translators regarding Bible distribution.  We will have distributed about 1200 of their scriptures by the end of the year and about 1200 New Testaments translated by the Catholic Church.  We also hope to coordinate a big Bible distribution trip with Mateus while we are away. He will take approximately 300 or so scriptures to deliver to churches in the Viqueque area. It will be about a 2 week journey.
Tobias is off on another trade run.  He made about $150 profit on his 2nd run (an improvement on the $40 profit from his 1st run).  He swapped a goat for some rice to the value of $50 and I sold it for $75 to some guys in our village planning to buy a wife.  They were hoping for a price of $600 but it turns out she’s a bit more exxy at $6000 plus 6 cows.  You gotta be careful who you date around here.  The value of a girl depends a lot on where she comes from.  Anyway, back to Tobias, we hope he returns safely this Wednesday with another load and we’ll talk about how he might continue while we are gone. 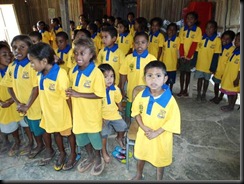 Mateus continues to build his school at Liquidoe.  The big news is that he finally took 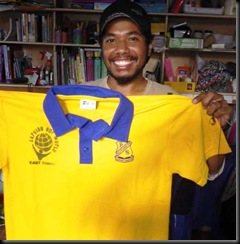 Sese is using funds we supplied to him (ultimately from nice folks in oz) to continue building his training centre.  He bought concrete blocks and is working hard with local volunteers to raise the walls.  This will be for a discipleship training centre for the new organisation he is heading up called “Fini Transformasaun”  or “Seeds of Change”. 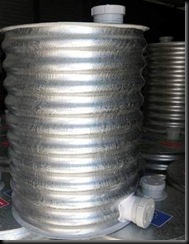 We’ll supply funds for the water tank and corn seed silo tomorrow and arrange their transport to Los Palos while we’re in oz.  Thanks to donations from the Palmerston Crossroads Church in NT.

Other stuff will be wound down while we are away.  We hope to return next January but have some serious issues with the Lismore housing project.  We need a miracle.  Anyone know a miracle worker?
at 11:58 AM