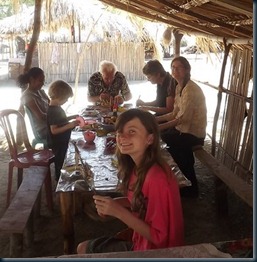 We were blessed to have Graham, Lynelle and Arlene (Cynthia’s father, mother and sister) come to visit us recently for three weeks. This is the first time our family has visited us not including 2004 we when we first came to Timor with my sister Eliza. It was great to be able to share our lives with them so they could get a real feel for what our life is like rather than just sitting there reading some blog. Now they know how much Samuel is embellishing the adventure and how much we leave out. 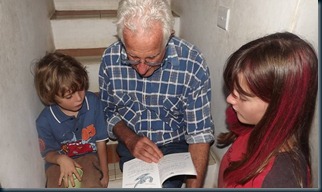 Graham did grandpa things with the kids as well as help out with odd jobs and tasks around the house. One of these was to make an experimental seed sorting screen which 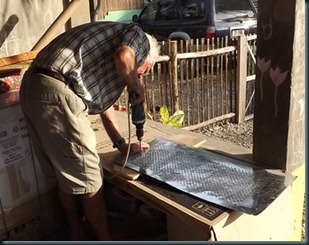 meant a lot of hole drilling. The Timorese can use this to sort out corn seed that is too small and then package up the good quality seed for distribution and sales. Its another small step forward for this country – taking care of good seed in order to get good crops for the next year. Since Graham’s prototype we have employed a Timorese to make ten more which have been sold for distribution to Community Seed Producer Groups within Seeds of Life.

Lynelle did grandma things with the kids. She spent a lot of time in the garden and taught our Timorese girls and Samuel her special composting technique – her key concept seemed to be “a good cooking compost” and worked hard to get it warm. We are still turning it over. Lynelle also spent a lot of time in the kitchen preparing meals and experimenting with the new breadmaker that they brought over (woohoo). 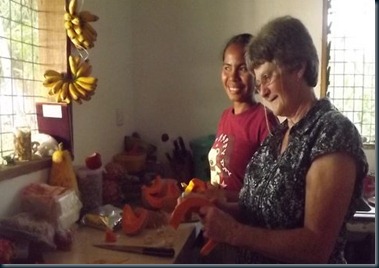 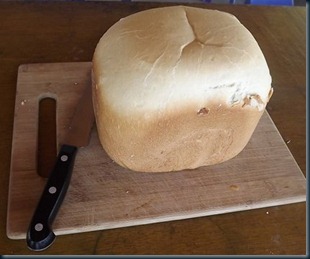 Arlene did lots of cool aunty things with the kids. Arlene also has a flair for cooking, or is it ‘chef-ing’? She got the full Timorese experience being pretty sick a couple of times. 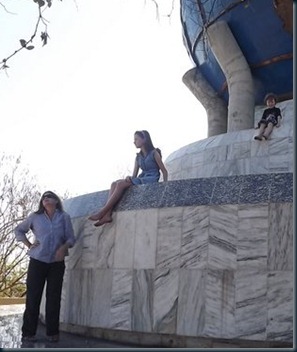 We took them on a tour to Los Palos and back so they could see the sights of Timor and some of our work with Pastor Samuel. This included a snorkel at the famous K41 and a night at Baucau. Here we discovered an old Portuguese ruin in some secluded bay which I’m sure someone else knows about but it was fun to find without being told it existed. 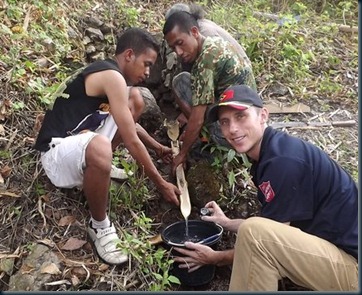 We went on to Los Palos and talked corn and building projects and Church work. We also stopped in at a little village called Luro where Samuel has been asked by a small community to help them get water from a spring (envisage a puddle – but its all they have and hope to supply 20 houses from it). Samuel is measuring the flow by timing how long it takes to fill a 5L bucket and multiplying this out to find out how much water comes out each day.

Thankyou very much to Graham, Lynelle and Arlene for coming over and being a family to us and sharing our lives. 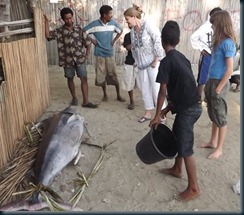 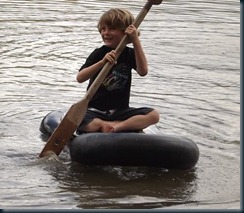 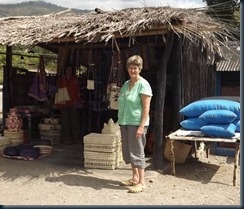 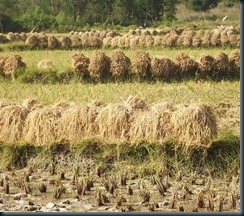 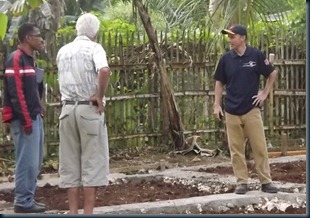 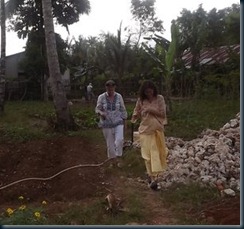 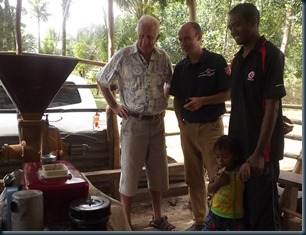 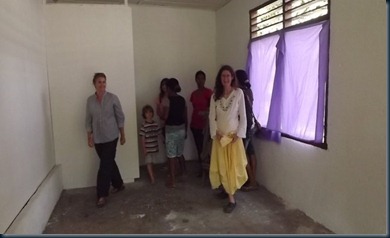 Photos in this group from top:  Arlene and Serenity inspect a marlin brought in by a small dugout canoe, Israel tempts the crocs at a lake near Liquica, Lynelle inspects baskets at Maubara, drying sheaves of rice cut by hand with a sickle, spiritual house at the eastern end of East Timor, Graham inspects the new youth accommodation in Los Palos, two beauties walk through the garden, checking out the corn mill, inspecting the new sewing room freshly painted.