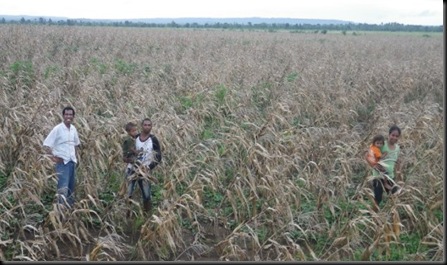 This week I went on a round trip of the eastern end of East Timor.  The first stop was Los Palos to inspect a corn crop. 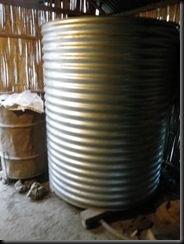 This crop was the result of that movie we showed last year with the Darwin men.  We swung a deal with a member of the local house church.  The Darwin guys put in money for a silo and its transport.  Thats the thing that looks like a tank in the picture with their old “silo” next to it which is a beat up, rusty 44 gallon drum.  Seeds of Life donated some of their top growing corn seed and the farmer grew the corn.  Seeds of Life also gave 2 tarps for drying the corn and I put in two tarps and a hand made, hand cranked “take the kernel off the cob” machine.  They planted out 1.4 Ha of corn and have done very well.  They began harvesting soon after I left.  Its great to see this project moving.  We hope to fill the 2000L silo which should take around 1.6 tonne of grain.  About 50kg of the best seed will be kept to put in another crop.  We plan to seal up the silo and wait till October/November for the grain price to go up from 60c/kg (now) to $1/kg.  They will repay us the cost of the silo plus interest so we can buy another silo for someone else and continue the project.  Eventually the Darwin guys could get their money back and have supplied many large silos to poor farmers in this country – what a very nice investment! 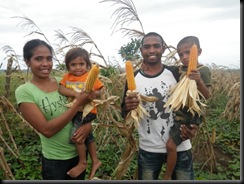 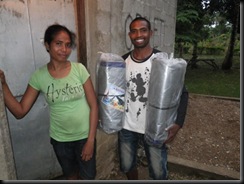 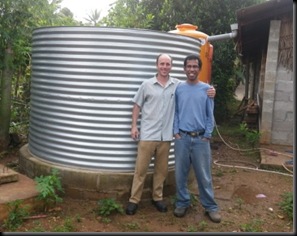 Pastor Samuel eventually got his 7000L tank on the very round tank stand base which worked perfectly.  Its all hooked up to the guttering.  Now they have heaps of water for their family, their church and the veggie patch.  Thankyou very much to the Palmerston Baptist Church, NT for donating the funds for this.

Down on the south coast we gave out more tarps from Seeds of Life and inspected more corn.  One job was assisting the young Losconi group in build 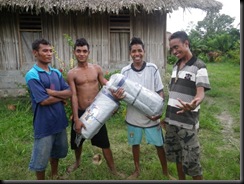 ing a large shelter to dry their corn in.  Specifically, I was showing them how to install black builder’s plastic under the slab to stop dampness rising up.  I breathe a sigh of when I get back as the roads a pretty wild.  There are countless landslides and we passed three trucks that recently rolled off the edge resulting in a number of deaths.  The government sprinkles around a number of excavators through the mountains just to wait for the next landslide and push a way through. 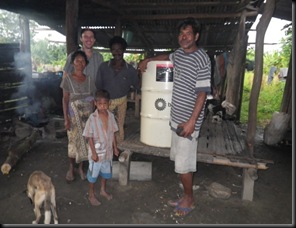 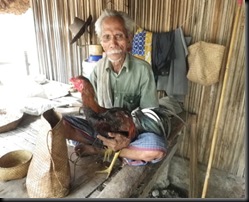 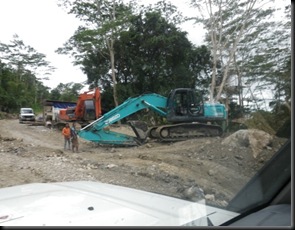 The presidential election went very well and proved to be a peaceful event.  Jose Ramos Horta has been knocked out of the game, leaving two candidates – Taur Matan Ruak (former Defence Chief?) and Lu Olo (representing Fretilin) – to go onto to a second vote.  The poster encourages people to vote with the words “Respect, Law, Peace, Unity”.  We passed packed out buses and trucks taking voters home from their epic journey to vote. 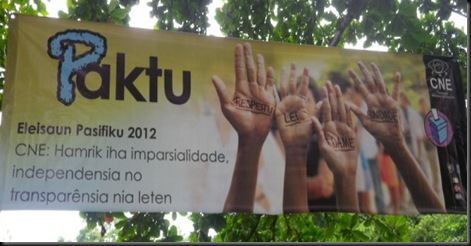 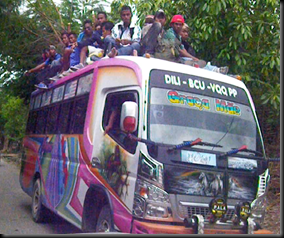 I got a job!  Big surprise for us.  The position is Climate Change Advisor (stop laughing) for Seeds of Life within the Ministry of Agriculture.  We hope that we can continue to serve the people of East Timor in this new role.  It will involve scientific research in the field of climate and advising the Timorese on how to improve their crop yields and look after their land in a changing climate.  This will help us to pay off a few expected and unexpected debts and perhaps live a little (although Samuel thinks our life is quite well appointed, the rest of the family beg to differ).
As we live by the sea, we experience the reality of occasionally losing a life to the great blue.  But this time it was not to be.  A young man who was caught out in the high seas in his rather too small dugout was thankfully found.  His little boat was towed in to a crowd of over 100 very worried locals. 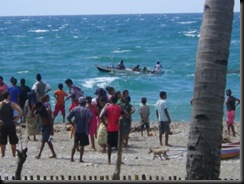 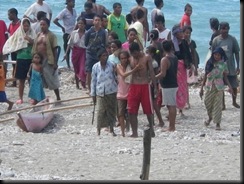 We also had the priviledge of hosting a baptism with the Potter’s House church.  (sure to send a query up a spine or two back home).  A great bunch of people who are keen to follow Jesus. 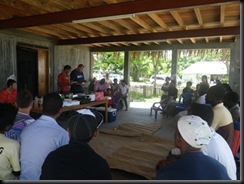 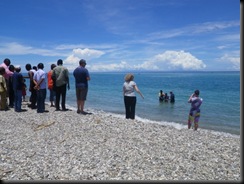