Thanks God for Friends

Geoff, Lynne, Chloe and Hannah have returned back to Darwin.  Their line was “use and abuse us.”  We hope that we accommodated their wish to some extent
They got involved in heaps of things that we were doing as well as doing their own stuff.  In our office we have a whiteboard with an eclectic mix of various jobs.  They were happy to check out the list and attempt to cross some off.  Here’s a few of the other things they got up to not including the last post: 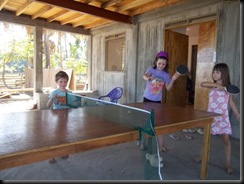 Inaugurating the new table tennis set – Thanks heaps to Michelle for bringing it and Pastor Steve and others from the CRC church in Darwin. 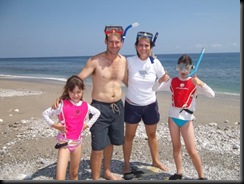 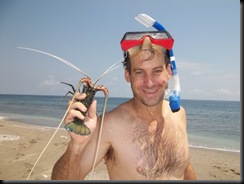 One of Lynne’s tasks was to try to get my accounting all in order which turned out to be quite difficult as most of it exists in that mysterious grey matter between my ears. However, with great perseverance she managed to pull together a very snappy looking excel file on our Bible distribution accounting. I am very grateful for this work and have enjoyed entering figures into it and seeing how the finances are also travelling in this area. Just for your info (and hopefully trying not to boast) we have distributed around 1600 scriptures since August. I’m still yet to enter the data for previous months. 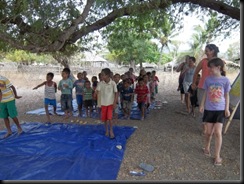 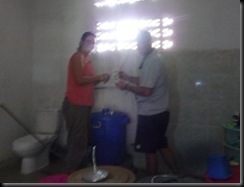 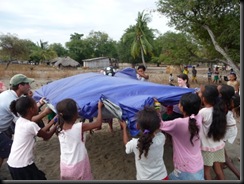 Helping out at Atabae with Celia and Polyanna in a minsitry with WEC.  They got involved in kids activities as well as posed as professional plumbers. 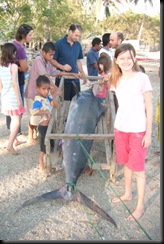 Assessing the big catch, which unfortunately was not on Geoff’s line.  This was a decent looking Marlin hauled in by a local guy in a tiny dugout canoe with a timber paddle.  Impressive feat! 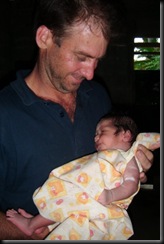 Geoff was called upon to take our neighbour through the hairy streets of Dili to hospital.  She unexpectedly went into labour after some complications.  Both mother and bub survived (despite Geoff’s driving ;)  ) to deliver a beautiful baby boy. 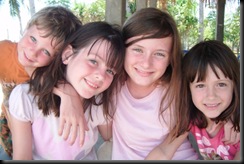 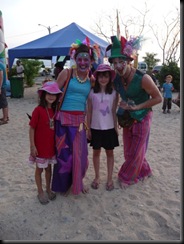 having fun at the markets 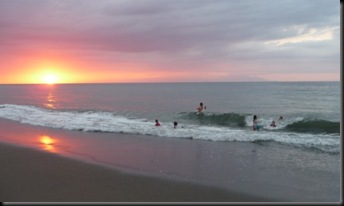 sharing sunsets on our beach 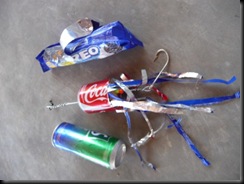 Geoff saw everything as a potential lure for those illusive Timor fish.
One of Geoff’s main goals was getting that little fishing business off the ground. It could be described as a dismal failure if you’re feeling dismal but I’d rather see it as one of those learning failures. Its like what you just have to try in order to realise its not going to work. I think one of the difficult things for Geoff was the lack of application coming from the main Timorese man he was trying to help. Most times we had to go and get him up out of bed to go out fishing. Financially it was a bit of a loss. So Geoff and I did a lot of talking about how to go forward and how to make the most of the cool things such as the sounder that was donated. Lets just say that the challenge is still out there for a keen fisherman to come and find the fish! 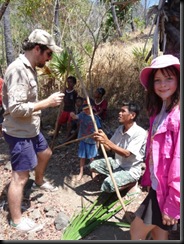 Assisting in agricultural development on the island of Atauro 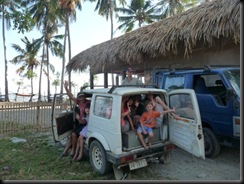 Getting close and personal travelling in our 2 seater suzuki – 8 bodies!  (Truck is on the blink again) 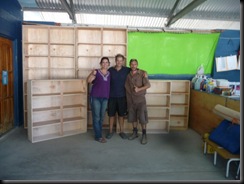 Making 5 cupboards for the Kids Ark school – a massive job.
In their last week, Michelle, a friend from Darwin, also came to see life in Timor and lend a hand.  We thank Michelle for the goodies brought from the Darwin CRC church.  We also thank her for organising our keys, lending a hand in the kitchen, looking after the kids and getting involved in many of our activities. 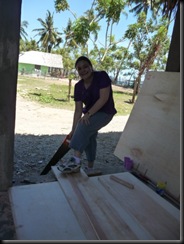 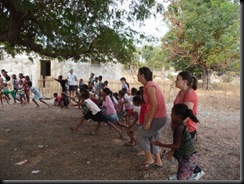 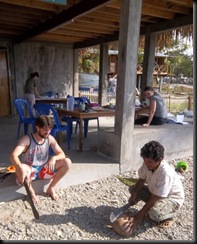 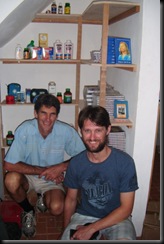 During all this mayhem we had another two visitors from Brisbane – Rod and Rob.  This made a fairly full house of 12 people for a little while.  Rod is a physio and was able to get around to a number of different institutions to talk about the possibility of bringing teams over next year.  Rob is a chippy (carpenter) and I sincerely appreciated his help in making shelving for Bible and medicine storage and an awesome desk in our office.  They also donated a printer to replace our last one that died.  Its big job is to print resources for our Bible distribution and in the last two weeks has printed around 100 kids activity books to go with the gospel of Mark.
Thanks guys, your visit and your prayers were very encouraging.
at 10:59 PM