Time flies when you’re having fun

Heck, its a week before Christmas and I’ve barely thought about that tinsley event.  I must confess that my little-uns managed a successful winging and whining campaign that led to their noble anti-plastic father buying a plastic christmas tree! (once again, shame on me).  But here we are with a plastic Christmas tree lovingly decorated in purple tinsel and silver baubles flying in the face of every eco, moral and spiritual fibre of my body. 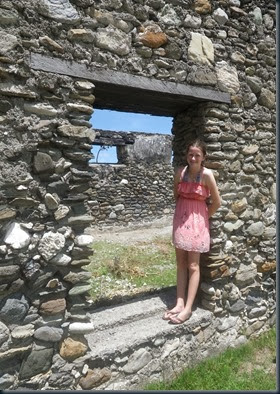 Serenity doing time at an old prison for whinging so much about not having a Christmas tree.
Back to less shameful topics…

I had a visit from an old friend, Marty, who came to drive the whole water filter thing forward.  He roped in his Timorese friend, Gaspar, to be involved in testing and hopefully developing a strategy for getting water filters successfully into people’s houses. 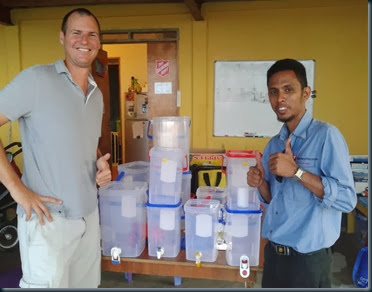 Strangely, many Timorese in Dili have enough money and persuasion to buy filtered water for their houses.  They can actually filter their own drinking water using one of these ceramic filters.  Gaspar hopes to go to Luro to see how villagers have been using systems similar to these and what they think about it.  We think that Timorese will consider buying this product.  Gaspar may be able to set up a small business assembling filter systems and selling them.
Cynth has been working very hard helping the girls in the sewing room meet various orders before Chrissy.  One highlight was making a croc for the opening of new facilities at the Xanana Reading Room.  Xanana (TL Prime Minister) read us a crocodile story while a bunch of Timorese kids sat on cushions made by Belle Kria.  We also had the job of stretching a couple of his canvas paintings onto frames. 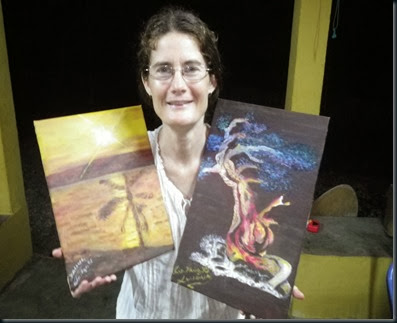 Cynth and her confidence in stretching canvas
These were painted during his time in Cipinang prison in Indonesia.  (He was imprisoned for around 10 years?)  I was very nervously firing staples into Xanana’s canvas, but Cynthia was taking it all in her stride. 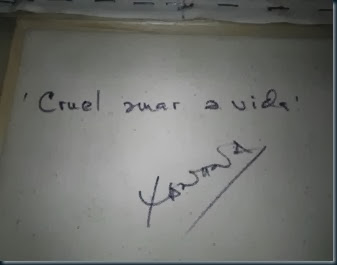 Back of painting:  ‘Cruel ? and life’ Xanana 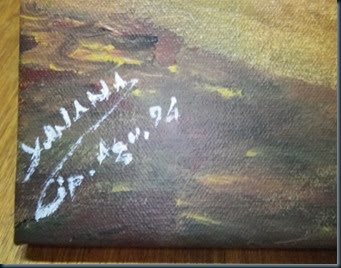 Xanana, Cip(inang Prison), August, ‘94
One cool seed delivery was to Atauro.  Tobias got a job to distribute over a tonne of seed to 6 villages along the west coast of the island.  The little boat was a tad overloaded but the seas were calm. 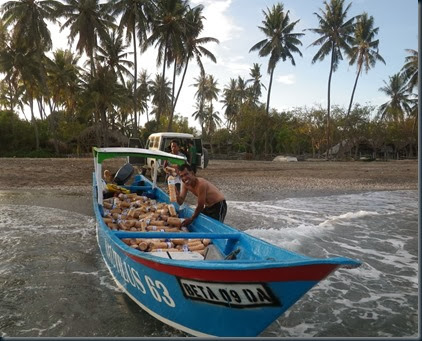 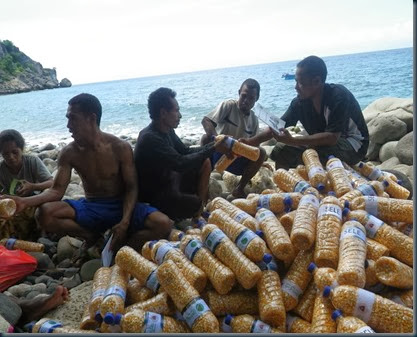 Tobias gets the good seed to farmers on a rocky coast on the island just as the rains arrive.  (its packed in recycled water bottles). 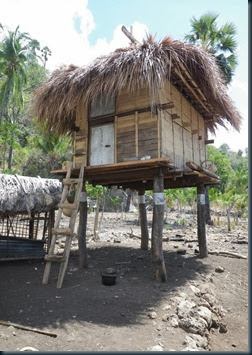 They have very small cobs of corn and low yields.  In some villages they build a small house to store the corn with tin sheet wrapped around the posts to stop rats getting up and into the corn.  This becomes the family shed and stores grain, seed, fruit, legumes, timber and tools. 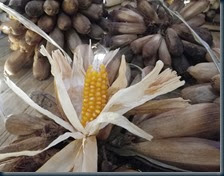 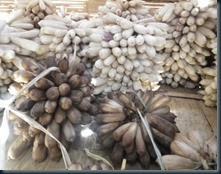 Corn cobs still in their husk, stored in the shed. 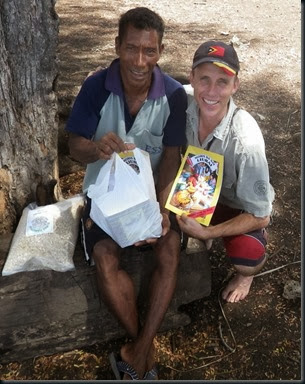 Seed and Jesus Comics to the island. 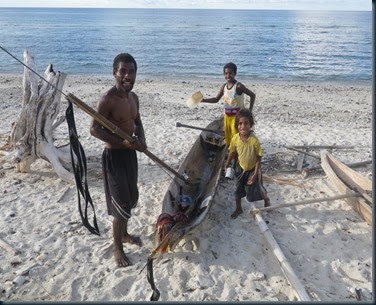 Going out with the kids in the late afternoon to catch dinner with a very long home made spear gun.
Timor Leste was once a Portuguese colony.  At Maubara there still remains an old prison that stopped operating in 1939.  Prisoners were sent here for crimes such as not paying taxes.  If you had no money (like most Timorese) you could kindly opt for doing forced labour which, if you disagreed could also land you in a place like this. 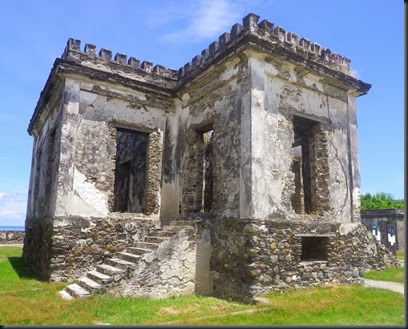 The cells were in the foundations, note the lower window, while the prison staff lived on top I suppose. 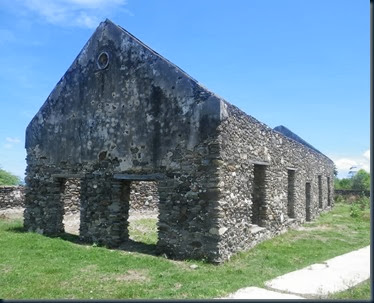 Soldiers barracks next to the prison. 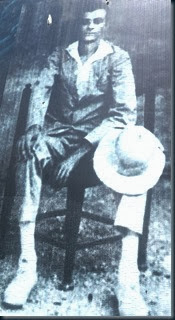 In 1925, a political prisoner, Manual Carrascalao was deported here from Portugal and tortured at the age of 24.  He ended up getting out, finding a wife, and became the manager of a successful farm up in the mountains behind this prison.  He did all sorts of cool things at this farm including coffee and vegetables and there is a fascinating round solid granite stone up there which I assume was for a flour mill.  This farm, called Fazenda Algarve, is hidden at the end of a rough road.  I found it in my search for old Portuguese weather stations because we have some old weather data from this site that is more complete than many other sites.  The farm still operates very well, is still owned by the Carrascalao family and is a testament to the skills of this entrepreneurial young man. 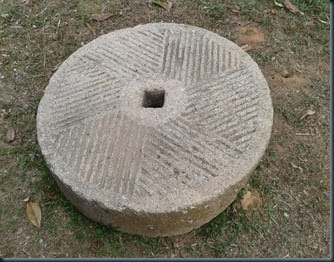 The old granite mill stone lying on the ground at Fazenda Algarve – fair chance Manuel had something to do with this time-less piece of rock.
at 1:56 PM