After one week (trying to take it easy) things are already shaping up to be busy.

Some opportunities and things to do:
- Book shelves for school in Hera
- Water project for mission ladies in Atabai – hopefully providing fresh water to neighbouring houses
- Starting Timorese water business (very difficult) in an attempt to tap into the Governments millions of dollars (highly unlikely)
- Possible coastal development to assist another Timorese family
- Teaching maths to Ag scientists – a paying job!
- Assisting investment in a scrap metal business that supports an epilepsy program
- Developing a student work booklet for the gospel of Mark as an education resource.

We ended up buying the truck and went snorkelling with friends and family. 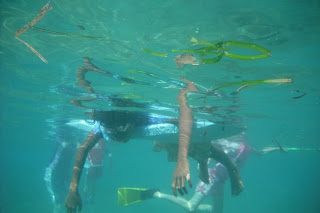 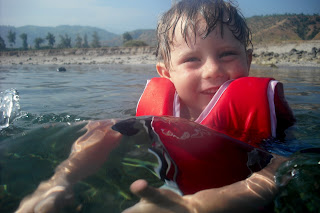 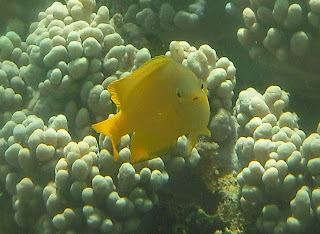 A little story – on the way to survey the Atabai project we drove through an interesting looking roadworks site on a very steep slope/cliff that dropped a 100m or so down to the ocean. I made the comment that I wouldn’t like to drive through here during road works as the rocks above looked very loose. So ofcourse, on the way back they are doing road works. There was a stop/go sign of sorts which comprised of a couple of young boys sitting by the road waving us on. A large loader was just moving rocks off the road and pushing them down the cliff. He cleared the road and we moved forward only to find that excavators working above us were rolling down rocks ahead of us. The slope above us was very steep and cliff like. Things were starting to look a little dodgey. Then two cars pulled up behind us. The excavators continued their work and I wasn’t entirely sure that they knew we were down below. I hopped out to assess the situation to find that dirt and rock was beginning to come down toward the cars behind. I motioned our car forward but the road ahead was littered with large rock. The two cars behind panicked (as you do), passed us and figured they’d take their chances on the fresh landslide ahead rather than the looming landslide to their side. I hopped back in the car and there was not much else for our driver to do except panic and try to follow. Unfortunately, the driver was a missionary lady, not trained in rally driving. “We can’t make it! The car is two small! The rocks too large!” She was crying out in her broken English. But not to worry, she had two male back seat drivers who egged her on as if their lives depended on it (in their most coaxing way). And, hey presto, we bounced our way through and lived to tell the story. It probably wasn’t as dramatic as all that but I reckon it makes for a good story.  Check out the video below.
at 2:09 PM