We’re back in Timor-Leste after a small Christmas break in Australia. We’ve had a few days off at home here in TL to think about what is in store for 2016. 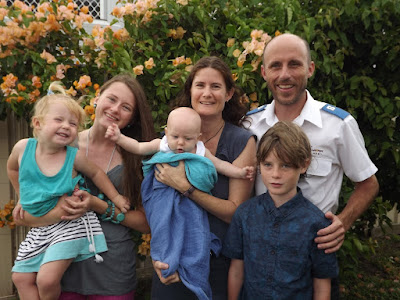 I would like to be more disciplined this year. I’d like to spend more time each morning praying and reading the Bible. I’m even getting into Google Calendar and trying to set up a schedule. Let’s see how long that lasts. I’m a believer in setting new year’s resolutions. I think they should be challenging but achievable. In 2015 one resolution I had was to read through the New Testament in the year and I got to the last chapter on December 31. Resolutions add a bit of sparkle to your life.
I’d also like to encourage others more so I’ve taken the concept of mentoring more seriously. That is, to consciously get alongside people and encourage them in their life or be there for them if they need someone to listen to. This year I’ll set out to mentor 4 men – 2 Timorese and 2 Australians. I don’t specifically tell them so you can try to figure out if it’s you.
Lastly, something else for this year is actively supporting local pastors here in Timor-Leste with financial support. I don’t really know where this is going but I think it is something that rich Christians from developed countries should do.
That’s some things in my personal life. Out there in the world I’ve got a whole mayhem of activity that slides along more or less in and out of control. The agriculture project, Seeds of Life, will come to an end so I hope to have passed on some ag research skills as well as a functional weather station network. Hopefully the training centre will be built and up and running. I hope to make some real progress on getting the Salvation Army to come to Timor-Leste. And, we will be shifting back to Australia sometime around August to live there.
2016 will be a big year for us, so I’d better leave this blog and get stuck into it!
at 7:03 PM