Now we have a solid concrete roof over the sewing room, kitchen and shop of the training centre. It was a massive job which I think we were all a bit nervous about. We couldn’t bring ourselves to throw $300/m3 at it so we got lots of young men to mix up the concrete by hand. 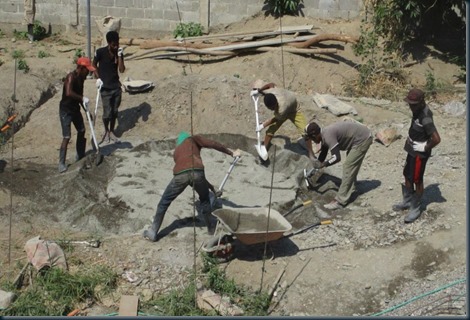 They mix it up dry on a round pad of concrete then add in the water. It goes into barrows which they push up a specially made ramp to the second floor. 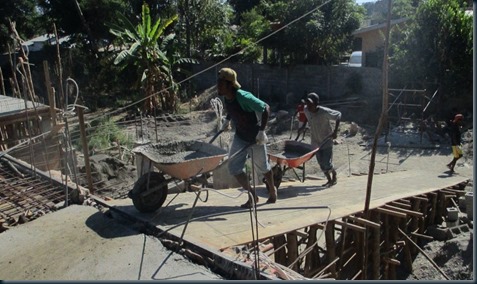 I am a fan of screed boards so we made an 8m screed by screwing 2 long lengths of C-channel steel together. This gets moved back and forth over the concrete to flatten it out. 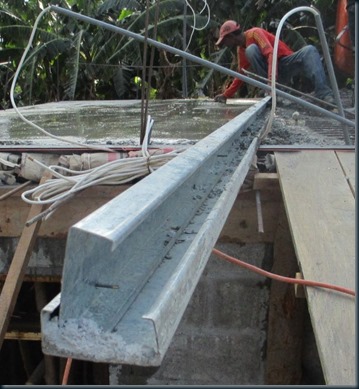 I think it worked real well with 2 of us working the 8m screed and managing to trowel off as we went along. 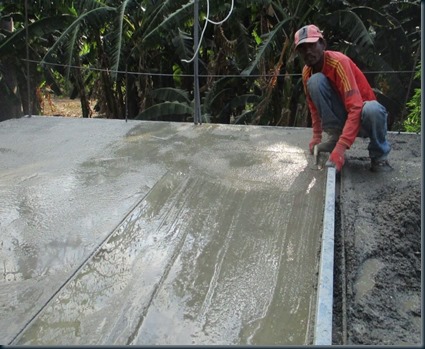 Amau is the man, a rare guy who works from his heart. He often has a technique which he is definitely sure is right until I come along and suggest a completely new alternative – we usually strike some compromise in the middle. We worked hard all day screeding the slab. 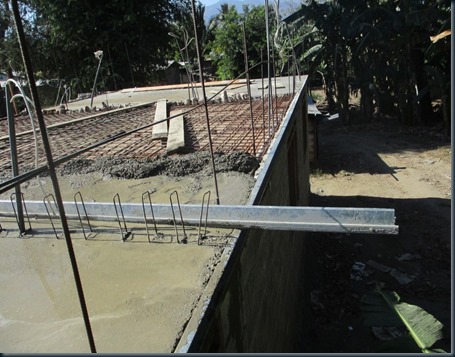 The outer edge has a row of 400 x 200 x 200 concrete blocks which have been cut away on the inside. They were not laid so straight so we temporarily screwed C-channel steel along the edge to make the formwork. 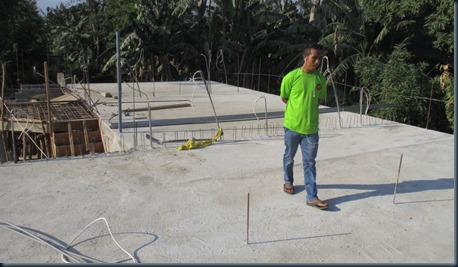 Anen (head builder) inspects the finished job. Not perfect but it should hold. 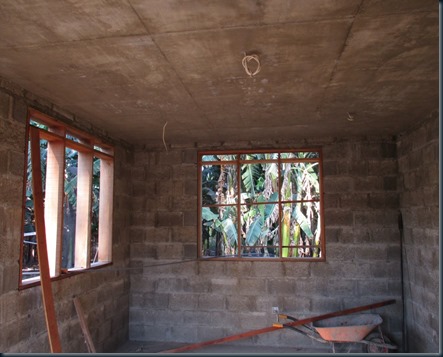 It certainly makes downstairs look more homely. Here’s the kitchen with wiring for lights, fan and power in the slab and walls (ok, that’s revolutionary in this world!) 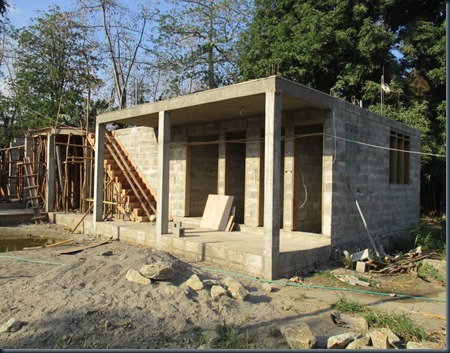 And the Taj Mahal from outside. This is the downstairs 1/3 with all the heavy bits done. Now we’ll peck away at bringing it to lock up while getting the next section done. Hopefully sometime soon the girls from Bele Kria can move in to a better space. Thanks so much for those who’ve helped us get this far, God bless you!