Last Saturday, 7th of July, Timor Leste held its Parliamentary election.  It was an important moment in East Timor’s history.  Many people were looking at this event as an indicator of the level of peace in the country. 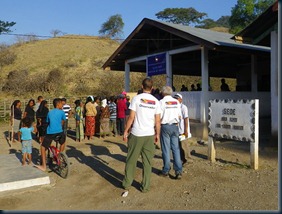 I took an opportunity to travel around with Rob and Steve who were official election observers.  It was a sweet little overnight motorbike adventure for us on 160cc Honda megapro motorbikes.

The track was often rough and very dusty with a number of small creek crossings. 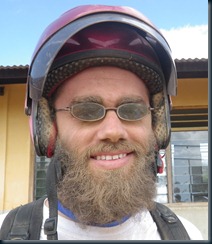 Steve – very happy being at the end of the pack, covered in dust 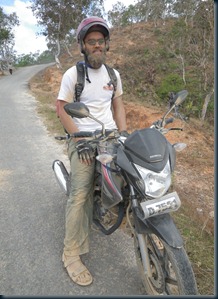 We inspected a number of voting centres and it was very encouraging to see the peaceful and happy vibe through the mountains. 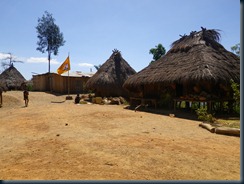 The Timorese officials who ran the election did a very professional job.  There are 65 seats available in the parliament and they are shared out according to the vote.  At this stage, CNRT (Xanana) holds the most votes,

then Fretilin, PD (Democratic Party) and Frente (a split from Fretilin).  The question now is who will form an alliance with who to win the majority and run government.  There’s a rumour that CNRT may form an alliance with Fretilin which would be amazing (for Aussies, like Liberals and Labours together).  The process was very transparent.  You vote by stabbing the box next to your choice with a nail so you dont need to know how to read or write.  Your finger is dipped in special ink so you cant vote somewhere else.  The votes are counted at the polling booth where all the locals can see before its sent off to the city (so the folks in the city cant cheat).  Very impressive!  Now we await the final verdict on the Parliament and we hope for a calm response from the people. 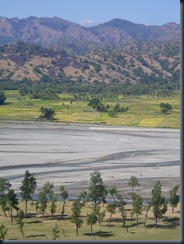 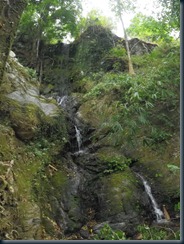 Just to throw a little excitement into the story – a large explosive device was detonated near our place on Sunday.  It sounded much larger than a grenade.  It is the second in the last couple of weeks.  It makes the locals quite nervous.  I assume its a controlled detonation of a bomb in the river bed nearby – you might as well put a positive spin on it. 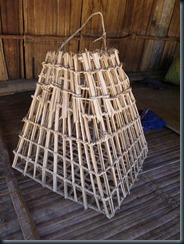 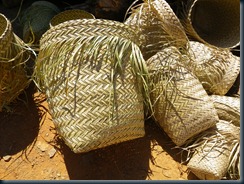 A chicken cage (left) and baskets for collecting coffee (right).  Each area has their own particular style for making these items. 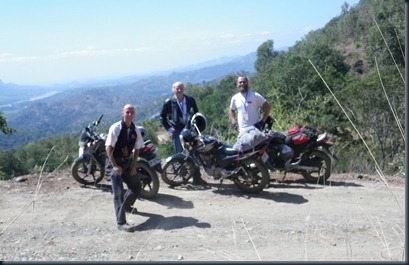