Click on the little film here to download while you read (3Mb)
Last week we went to a mountain village called Liquidoe (Lick-i-doy) where a young Timorese man, called Mateus, is trying to build a school.  It is about a two hour drive up into the mountains behind Dili into some fairly rugged country.  Up there we found that the community had given Mateus a mountain top to build his school.  The school has been running for around 6 years using a small building at the back of a church.  We had no money to give him but we were able to lend him $1000 as he was very keen to get his building going.  With this money he put most of the roof sheeting on and constructed the foundations.  He has almost payed back the money using his own wages.  It is a 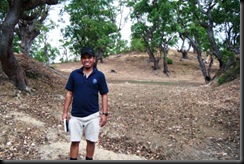 touching story of vision, dedication and love for his own people.  He receives funding from an organisation called Serving Our World for his school feeding program and also some money for teachers wages.  What we like about this project is that it is uniquely Timorese.  If there is someone out there who would be interested in assisting with this project then please let us know. The automatic car got a flat battery so we tried jump starting using some odd bits of metal – it didn’t work.
While at the school we also distributed some scriptures to them and the local church along with a school activity book we have produced to go with the gospel of Mark to assist the kids in literacy and help them to know the story of Jesus. 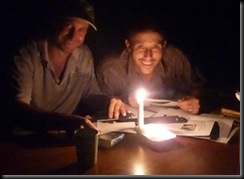 Our inverter doesn’t run lights as well as the printer so we folded the books by candlelight. 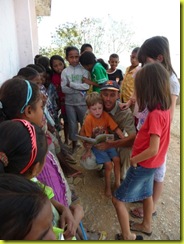 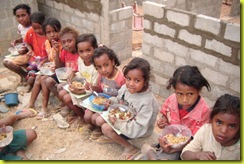 Other things we’ve been up to…
Cynth got to deliver some women’s washable sanitary pads to the ladies.  Thanks for t 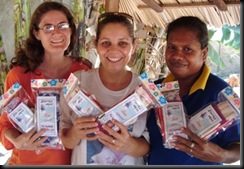 hose kind women in Melbourne who donated funds for this.  These have gone to Liquidoe and to a birthing clinic in Sidara as part of a maternity pack to assist women especially with bleeding after the birth.
The sewing group received a new donation from NSW.  Thanks so much to the Grafton Salvos (our home church) and the kind folks in Maclean, family and friends.  It was great to receive all the material and sewing supplies and the women were very surprised and happy. 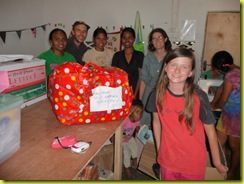 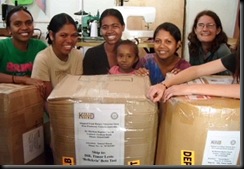 The Beckitt family, Geoff, Lynne, Chloe and Hannah have been working very hard trying to cross jobs off our very random looking job list.  They are very loving and kind and supportive and its been a great boost to us.  A few examples are shown below – Geoff fixing a gas leak with a washer he made from his old croc shoes, the girls laying some paving in the veggie garden, making 3 new sewing tables for the sewing group and Lynne assisting in the sewing room.  The old singer she is using here is an early electric model powered by pushing a lever sideways with your right knee.  They are launching into building some more cupboards for new classrooms being built at Kids Ark. 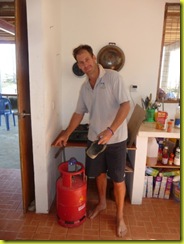 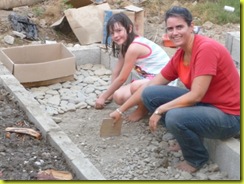 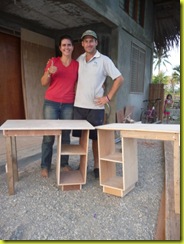 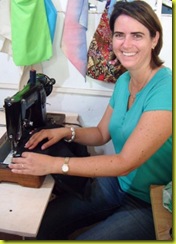